Download File
In Paper-making, Calligraphy, and Mythology  students learn how to make paper and experiment with calligraphy in art and in letter-writing as an art form. We progress onwards to work with paper on a project that looks deeper into mythology: what is a myth? I designed this course on the premise that where there exists no living alternative, myth is the source of inspiration. In challenging times and depending on the individual, it is sci-fi, the Bible, the folklore-- ultimately, a myth that lets us know it's ok to be brave, to be misunderstood, to challenge. The myth is a clue into the past because they reveal the reality and framework within which our ancestors lived. Myth is also a model for what is possible.
​
Like DIY paper-making and letter-writing, the goal is self-empowerment by way of initiative and reflection. Students will ultimately create their own myths for their final project, self-directing their project, with the option to integrate skills learned in the course including paper-making, paper sculpture, and calligraphy.

Guiding prompts for the final project may include: What story do you wish you were told when you were little that might have helped you in your life's journey? Create that myth.

Download File
In Art & Democracy course, conducted during the 2016 elections season, high school students grades 9 - 12 studied interventionist and political artworks as it intersects with current events,  women's rights movement , and personal experiences. Among the artists we studied were Faith Ringgold,  Pussy Riots, and Group Material. Students learned to sew and to use Photoshop to convey political messages and challenge their audience to think critically about what democracy should look like.

For their final project, students collaborated on a large artwork that was then exhibited in our Freedoms show at the Rosenberg Gallery. 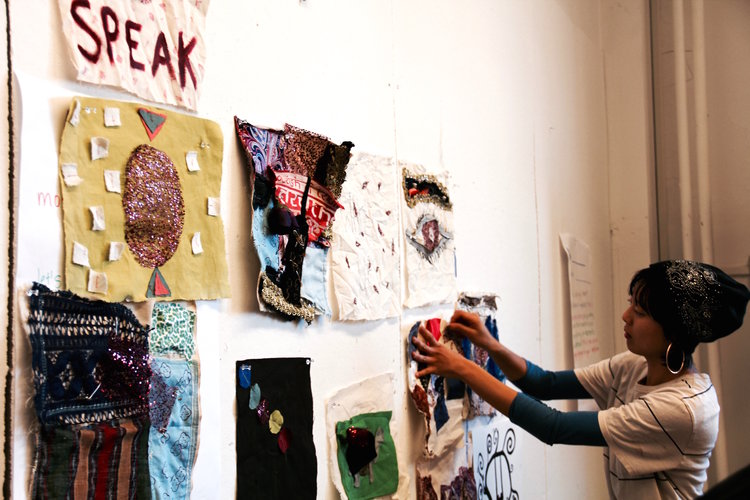 Download File
I designed a curriculum on Adinkra symbols for 3rd graders at Brooklyn New School to complement their social studies curriculum on West African cultures. To that end, we studied the Adinkra symbols of the Asanti people of Ghana. Students learned about Adinkra symbols, what they mean, and how they are used in traditional Asanti culture as well as in contemporary West African culture. Students learned to printmake after the traditional technique, and to design their own symbols that represented an abstract meaning of their choice as inspired by Adinkra. They made storybooks in which they elaborated on their symbols to develop a creative storyline. Students also learned to make patterns and apply meaning to them, inspired by Kente cloth of Ghana. 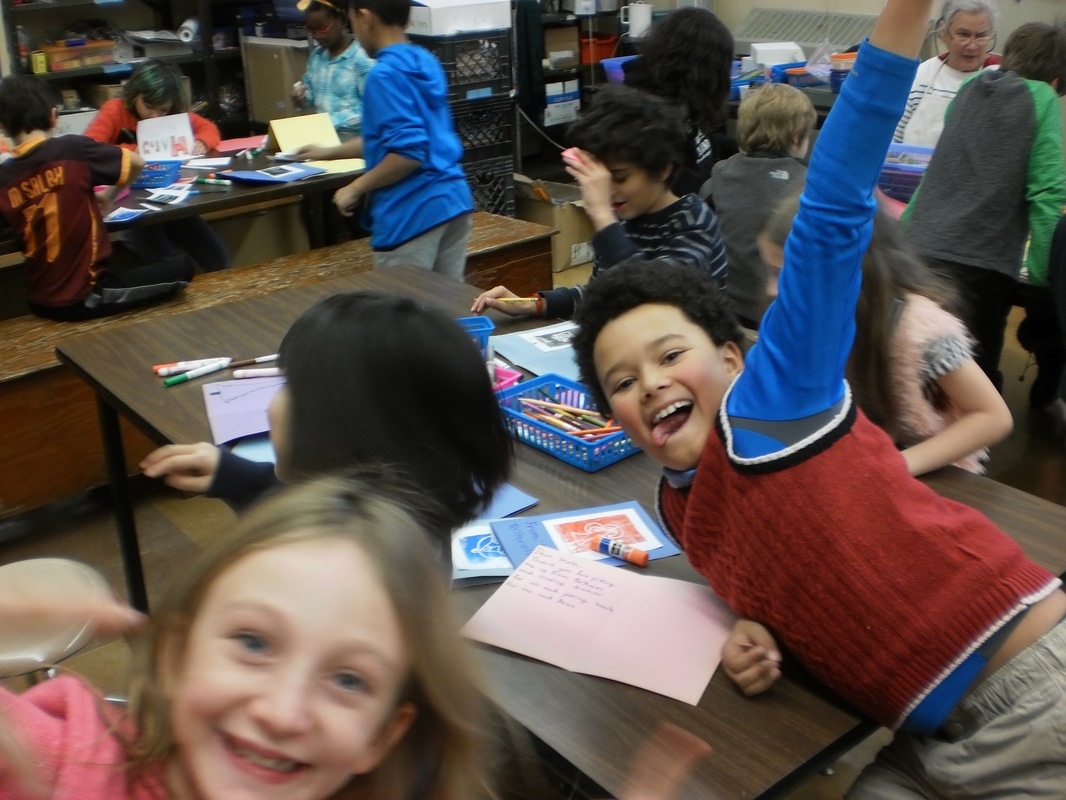 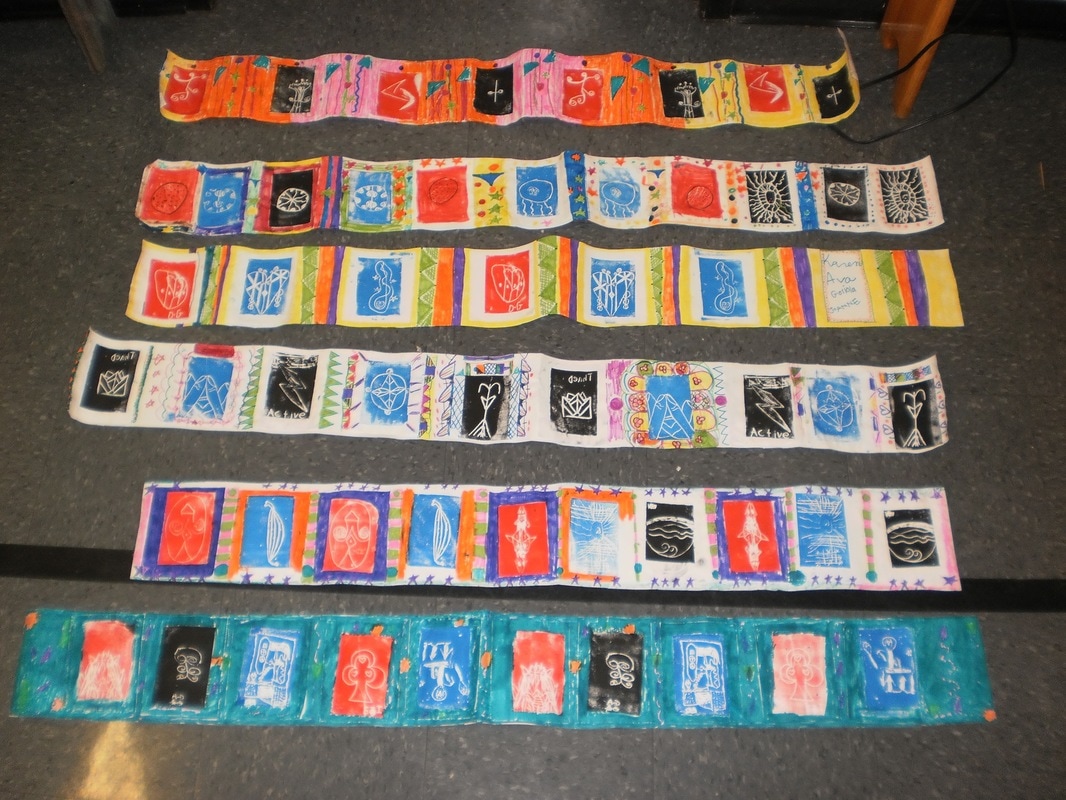